The World Cup fanbase certainly has a hot chick (or two) waiting in the wings, prepared to "commingle" with some super hot World Cup players. Unfortunately, for England and Ghana, that is absolutely not an option. 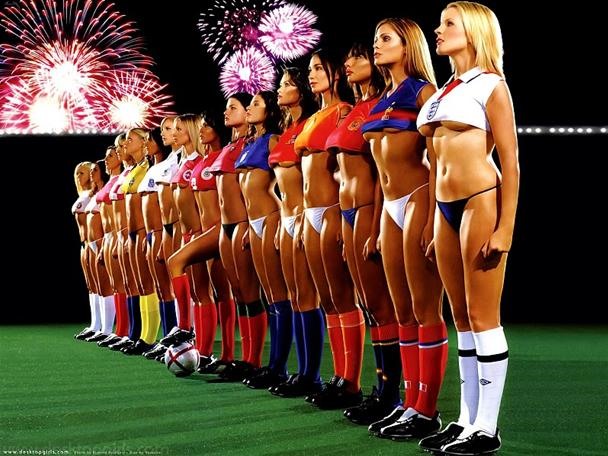 "There's nothing hotter than a sweaty, well-muscled athlete, unless he's fresh off play at the World Cup and happens to be from England or Ghana. The only scoring those guys will be doing in the next month is on the field. Their countries reportedly have banned them from sex while they're playing in the tournament, for fear that they'll waste themselves on the wrong kind of action. The Ghanaian players aren't even allowed to invite 'friends and relations,' including their wives, up to their rooms..." (Read more).

Oh, P.S. For the ladies out there who have a thang for the Argentinians... not to worry, unlike the Brits and the Africans, they're allowed to do IT. Just be safe, and don't forget the condoms.

Want to master Microsoft Excel and take your work-from-home job prospects to the next level? Jump-start your career with our Premium A-to-Z Microsoft Excel Training Bundle from the new Gadget Hacks Shop and get lifetime access to more than 40 hours of Basic to Advanced instruction on functions, formula, tools, and more.